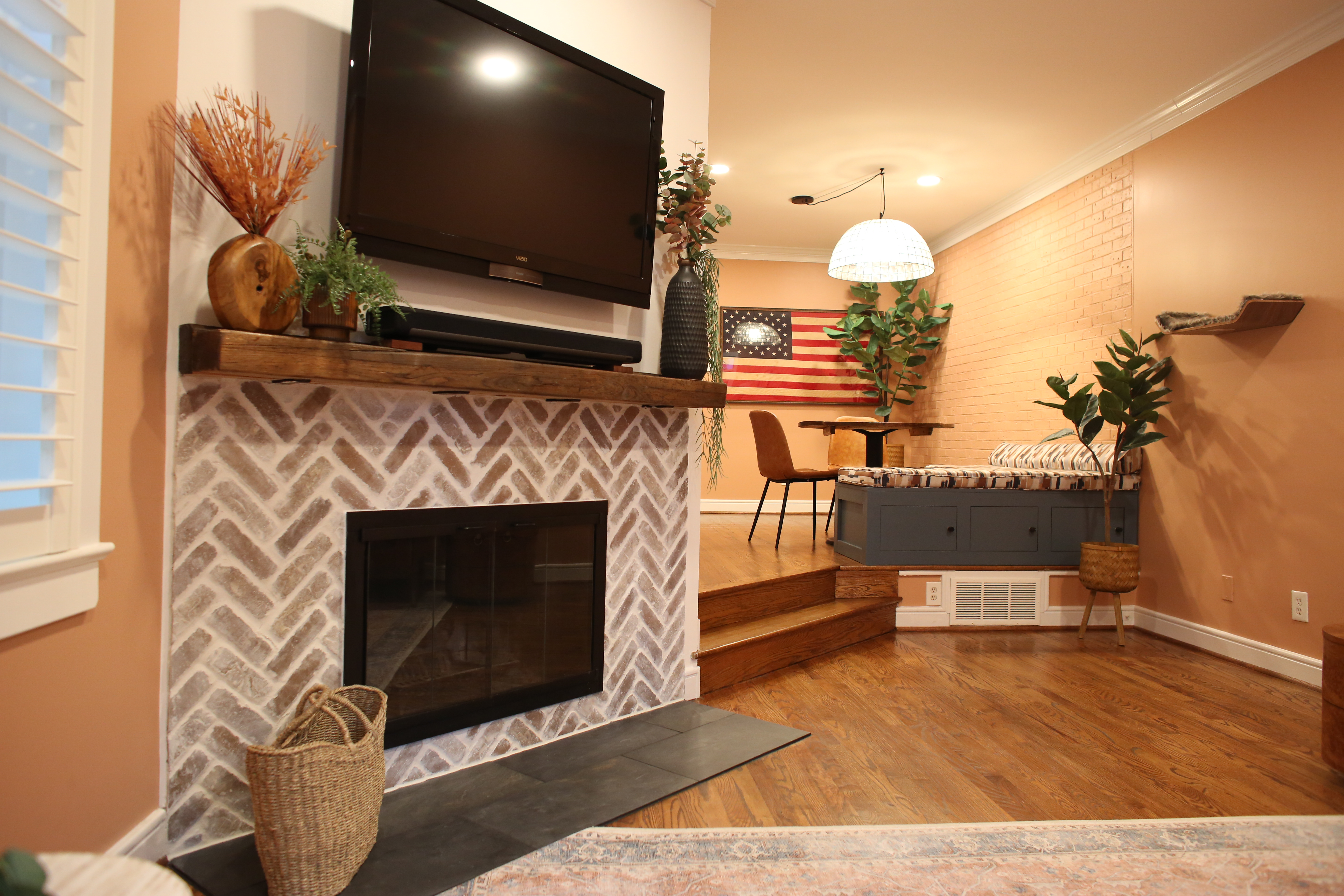 Erin and Andy, who are good friends of mine were looking for a new look. They were working with Jennifer of Haven Home Solutions who recommended a new mantle. Erin, reached out and I was happy to help. Now to be clear, I did not install the mantle, I left that detail to their trusted contractor. What did I do? I “picked” and built the mantle. Simply put I combined two pieces of reclaimed barnwood to make a mantle that their remodel deserved.

I hooked up the trailer to the Outback and went picking. I headed to Maryland and found some suitable timber to make the mantle.

Making the mantle, wasn’t as simple as I thought, nothing ever is. The oak board was so heavy it actually tipped the jointer as I passed it over the blades, so I tried another approach, I used my track saw.

Getting things square is sorta important (sarcasm), typically my Jet jointer is all I need, but after the tipping incident (I’m strongly considering bolting it to the floor, but is rare that I run such a massive beam through) I used my track saw.

Step 1 I used a chalk line and marked a line down the beam, next I lined up the track on the beam, then used the Mikita circular saw to cut length of the beam (this saw is designed to run on the track). I did this in multiple passes plunging the saw a half inch deeper on each pass. That was fine until I reached the maximum depth, sadly I was left with a 2 inch uncut section. This is where a good ripping hand saw comes in. My “Big Shop” as I call is it in at my father in laws and he has a vast collection of old hand tools that was passed down to him. So I made use of one of them, after a half hour bicep work out I had one square side (The images below show how cupped the beam was). Now that I have one side straight, I set up the table saw to run a parallel cut on the other side. It’s in these moments one really appreciates the cutting power of a 5 HP 220 volt PowerMatic 66 Arbor Saw it rippet it without hesitation.

The depth of the mantle still wasn’t deep enough, So I added another beam. If you look in the photos below you may notice that the back piece is actually in two sections. This was done to make my life easier. The beam that I had was so bowed that it would never mate up to the beam, so I cut it in half. Cutting a bowed board in half will take half of the bow out. Next, I was able to run it over the jointer a few passes then cut the other side on the table saw and just like that, a square beam.

Next it’s simple just add a ton of glue, clamps and let it sit overnight…

Lastly, I treated the wood with Varathane Aged Wood Accelerator, it’s not a stain but causes wood to look old. It’s weird to treat wood to look old when I know it was milled in the late 1800’s, but the deeper you cut into the beam the more “new” the wood will look. This beam still looked old even on the inside, but not as old as the untouched exterior sections. A couple of coats and it all it all matched up. Add some urethane and call it done!

Read more on the overall design at Haven Home Solutions

This site uses Akismet to reduce spam. Learn how your comment data is processed.